I use my computer a lot, for work (software development), gaming, streaming and music production. I wanted to build a high-end computer setup, as I’ve always lagged behind with upgrades before. So I gradually have been accumulating and swapping bits around to make the setup above.

I am currently running Windows 11 with Ubuntu 24.04 under WSL2. This allows me to play my large library of games under Playnite, produce music and do Twitch Broadcasting using Ableton Live and Streamlabs OBS, and use my development environment too.

I finally got rid of my Thermaltake Level 10 GT Full Tower case. It lasted about 4 years before the fan started making horrible grinding noises; the case had become slightly bent out of shape. It also didn’t help that someone that visited my house spilled a full cup of tea with sugar into the air intake. Thankfully all the components were fine, but I thought it was time for a new case without the tea stains.

I got the Fractal Design Define R5 Black ATX Midtower because I wanted a near silent running computer, and I quite liked the styling of the case. It hasn’t dissapointed and there are no more annoying buzzing fans. The only thing I would mention is that the case is heavy even when it’s empty, as there are soundproofing padding that weighs the case down.

Upgraded in June 2022 to replace my ageing 2017 motherboard. It uses DDR4 RAM so I was able to reuse my previous RAM, and accepts Intel 1700 socket CPUs, which I needed to upgrade. It also has a lot faster SATA ports that my previous motherboard, more M.2 ports, and a PCIE 5.0 lane. It has a 2.5gbitz/second network adapter which was very useful as I am upgrading my network to > 1gibts.

Upgraded in June 2022 to replace my ageing 2017 i5 CPU, which was Intel 6th gen. This is Intel 12th gen and the difference in performance is huge. This has 12 performance cores and also offers great single-core performance which is very useful in audio applications.

I bought the same cooler as before when I upgraded in 2017, just the latest version with support for the LGA1700 socket processors. Simple, cheap, does the job.

32GB of fast RAM for applications and gaming.

I didn’t really need a Blu-Ray burner, but it’s useful for backups and I thought I could write some discs to be played in my PS3. It has a very fast read speed for reading Blu-Rays and burning DVDs. To be honest I could have gone for a Blu-ray reader and DVD writer combo and not really noticed the difference.

850W allows a lot of headroom for graphics cards’ power requirements, and extra components in the future. It is a good quality PSU and is fully modular which is a lot nicer to work with.

This interfaces with my 10GB/sec home network. I have a very fast internet connection, and regularly transfer files between the computers in my house, so this is useful. I don’t use it with a SFP+ module, rather a SFP+ direct connect cable to my SFP+ router/switch.

I previously had a 27″ Gsync TN monitor, but quickly realised I preferred more screen real estate, and didn’t like the colour reproduction/viewing angles of the TN. So I got this monitor. The ultra-wide aspect is really useful when you have lots of windows open on the desktop at once, as I tend to do when working. The curved screen is useful when watching films/videos, and the 100hz refresh is great when playing games, although I find myself having to turn down graphics options in modern games as the increased pixel width means my current graphics card cannot cope at max settings. However I’m glad I bought the 1440p instead of the 4K monitor otherwise there would have been very little chance of good performance on new games. 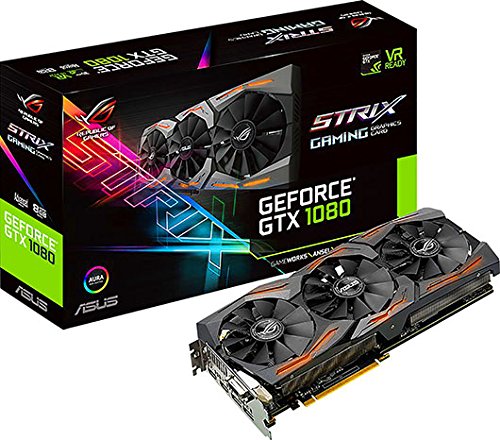 Nvidea 1080 graphics card which was a nice upgrade from my previous 970. Plays The Witcher 3 very well 🙂

I have five Phillips Hue lightsources in the room that my main PC is in, mostly Phillips Hue colour bulbs, with a lightstrip.

They are assigned to an ‘Entertainment Area’ in the Phillips Hue app, and I use the Hue Sync Windows app to synchronise the lighting with the game I am playing or movie I’m watching. It works suprisingly well for added immersion.

I use this for my music production, streaming and general computer use. It has headphone amps which are enough to power high ohm headphones.

Great studio headphones for music production, but also for general comfortable listening. I did a lot of research before deciding on these. 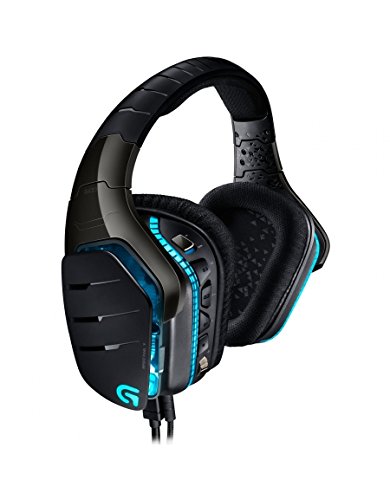 Lots of people on reddit say that specialised gaming headsets are not worth it, you may as well get a proper pair of headphones and a good microphone. However, for me, this USB Logictech G633 was the only thing that I was able to use with voice chat that didn’t transfer electrical noise onto my voice calls. So it was well worth it.

These things are frikkin’ amazing! The best speakers I’ve ever owned, hands down. The fact that they are small and very near-field makes them perfect for the small spaces on my desk, and the sound is amazing. I really recommend Genelecs for computer desk use.

I have three of these in the house that are used mostly for streaming my Twitch.TV sets, but I have one I use for a webcam on my main computer too.

I really like the buckling mechanical keys.. perhaps because it was the first PC keyboard I used growing up. I can type very accurately using them and they are not that bad for gaming either.

I use vertical mice on both my computer desks now because they have saved me so much back pain. This is a good enough wired vertical mouse for gaming, I haven’t actually noticed much difference between the horizontal and vertical mice for gaming.

I use the Corsair Vengeance mouse matt, it is made of metal unlike my previous Razor Golliathus cloth one, which I didn’t like because the edge of the matt would get stuck in the mouse when you moved it too far.

This is the ‘Stealth’ model with the Cherry MX Brown key switches. I was initially doubtful whether it was worth getting a gaming keypad, but so many people have recommended it, that I had to try it out. I actually have found it very useful, much more comfortable and accurate than using a normal keyboard for gaming. It also forces you to get into the habit of remapping keys for your own preference. 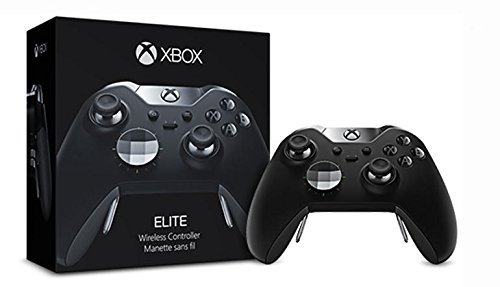 This is the Xbox One gamepad with some added features. You can customise the controls, swapping in and out parts such as the joysticks, for your optimal configuration. It is a pleasure to use, and the materials and build quality are all top of the range. Definitely the best gamepad I’ve used. 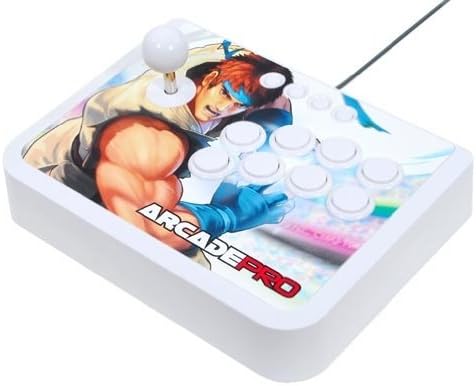 This is a simple, cheap, arcade stick that I bought nearly 10 years ago. I don’t use it very much but it is still going strong though, with no dead buttons. Great little thing. 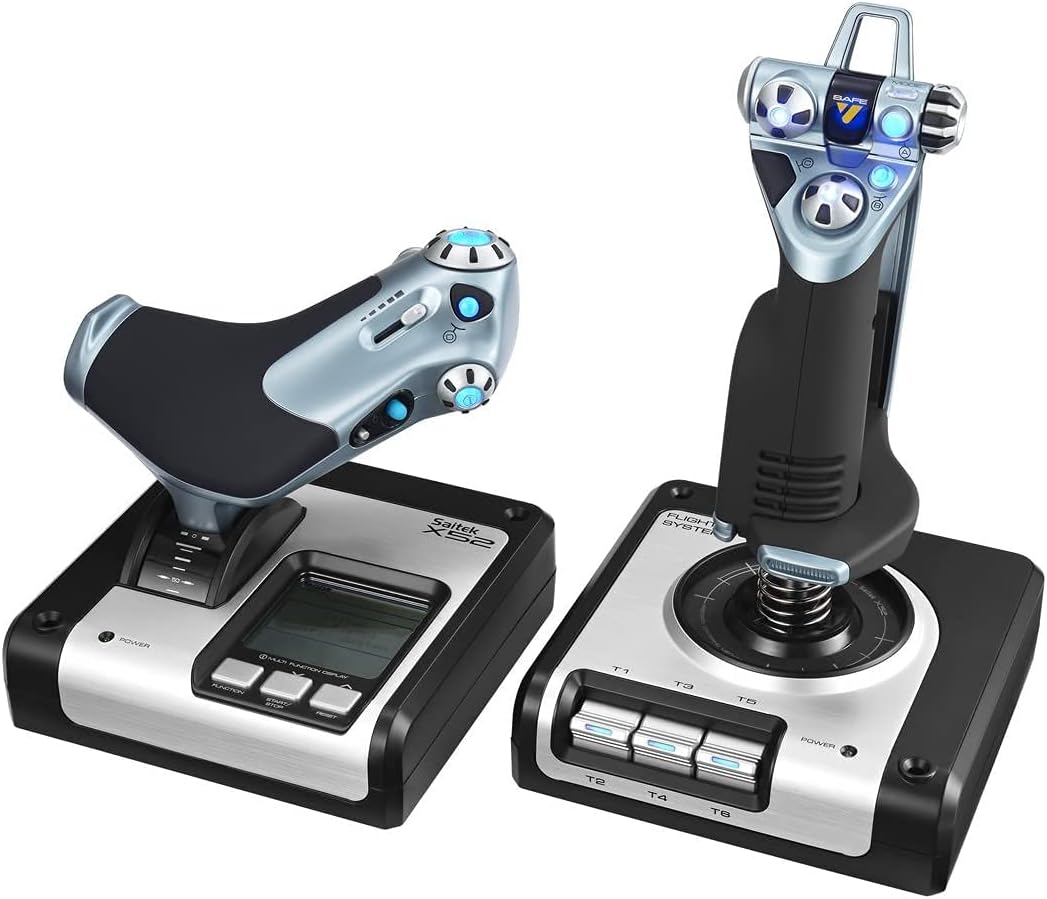 This is the flightstick and throttle that I originally bought for Elite: Dangerous. I probably would have opted for something a little less ‘plastic’ feeling if I bought another joystick, but really it does everything I need. 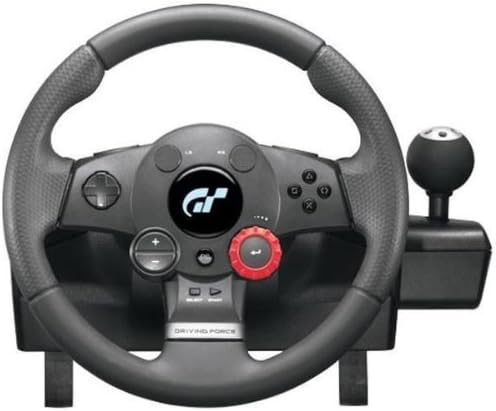 This is a steering wheel with throttle that I originally bought for Euro Truck Simulator 2. It is a great device that has brought me a lot of truckin’ fun 🙂 I bought a third-party stand for it (essential I would say). 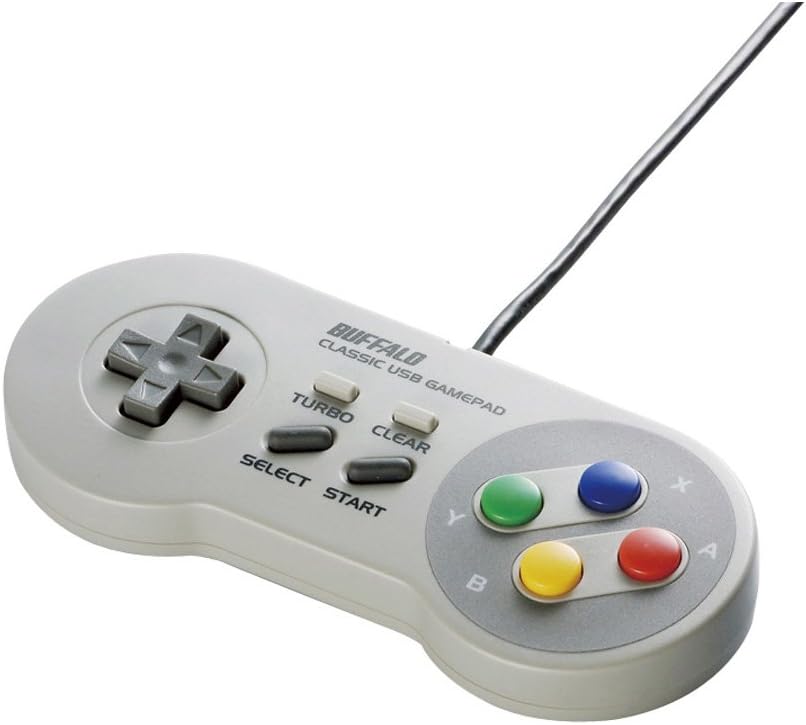 Sometimes when I play emulated games it is useful to have a SNES-style gamepad, for SNES and NES games in particular. I was really impressed by the quality of this SNES pad – it really is very well made. 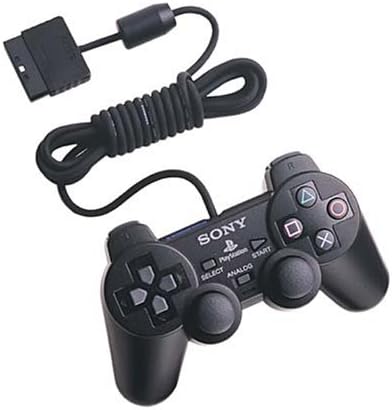 Similarily, sometimes when I play emulated games it is useful to have a Playstation-style gamepad, for PS1 and PS2 games in particular. The adaptor was very cheap from Ebay – although I can’t remember which Ebay seller – and allows full assignment of all the Playstation buttons, although the vibration feature is not supported.

I use a Macbook Pro (2015 13″) for DJing with. I use Serato DJ Pro on it, and not much else. It is quite old so I don’t want to tax it. I have a 2TB external HD drive which I store all my music on and a thunderbolt 2 network adaptor that I use with it. It is small, light, and does the job. I don’t think I will be purchasing any future Macbook products as the cost/benefit ratio is just not in my favour anymore.

This was a top-end workstation (back in its day) that I purchased from a previous employer on a discounted used hardware scheme. I paid £400 for it which was an absolute bargain. Even though it is Intel Ivy Bridge CPU technology, the rest of the specs are remarkable, and I got a free copy of Windows 10 bundled in. I use it as my main study PC where I dual boot Ubuntu and Windows 10 on it. Here are the specs:

I use a BENQ 1440p 32″ graphic designers monitor with it, which is very nice for working with and offers a lot of screenspace. I also use a Topre Realforce TKL mechanical keyboard, which although very expensive, in my view it lives up to its reputation as the best keyboard for typing on that I have ever used. Both of these, and a basic mouse, are connected to a 2 port KVM switcher so I use them with my work-supplied laptop which sits in my study as well when I am working from home.

I bought this in 2011 to run Serato DJ Pro. It has a 15″ 720p screen and the famous ThinkPad keyboard, which is the best laptop keyboard I’ve ever used.

After it became too outdated for DJ duties, it mostly remained in a cupboard for years.

Recently I have installed Lubuntu, a lightweight version of Ubuntu for older hardware, and it really runs very well. I also upgraded it with a new battery, a 256GB SSD, 16GB of RAM and a 256GB SD card which I will keep in the machine and use as permanent storage.

It functions really well now as a Linux laptop, and runs Chromium browser very well, well enough to browse most websites. It also runs my development environment really well, so I can use it to write with and develop on.

https://pi-hole.net/ is a DNS server that blocks advertising traffic and harmful content from your network. I run this on my Raspberry Pi and have set the DNS settings on my router to point to it, so all network traffic on my home network goes via this RPI. It speeds up the internet, keeps me safe, and cuts down a lot of annoying advertising.