I am putting together a small modular synthesiser setup. Modular synthesizers are synthesizers composed of small individual modules, which are wired up to create a circuit for producing sound. They were very popular in the 1970s, with big bands such as Emmerson, Lake and Palmer, Kraftwerk and Jean Michael Jarre all owning big modular setups:

Modular synthesisers have had a resurgence in recent years with modern versions becoming available. One producer of modular synthesiser modules is Doepfer, a German company who’s modular synthesizer standard ‘Eurorack’ has become very popular recently. I have decided to build a small Eurorack modular, here it is so far: 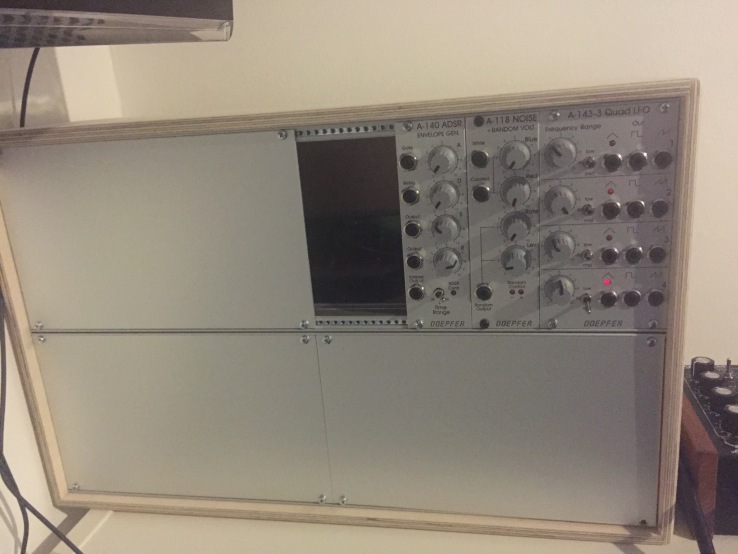 The blank plates are spaces for modules that I haven’t bought yet, I am slowly accumulating them. I have currently been wiring my modular setup to my ‘semi-modular’ synths. They include the Microbrute, and 2x Dark Energy MK1s synths, shown below: 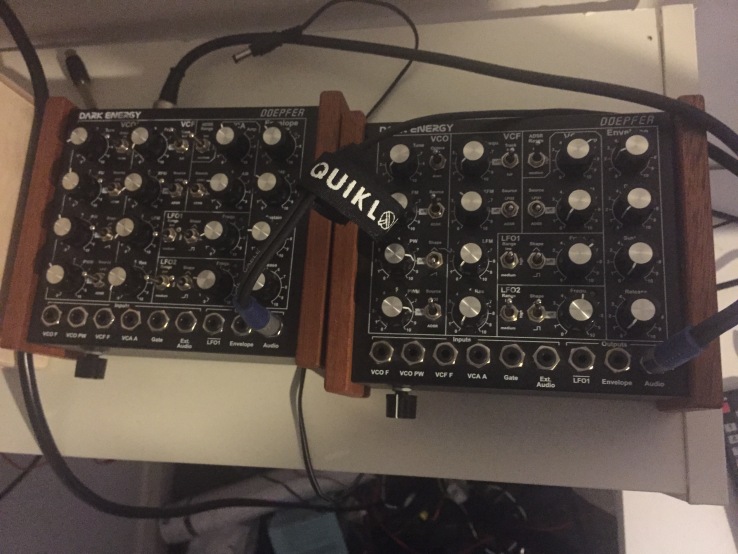 So, not quite Keith Emerson, but it’s a start! But why would you do this, I hear you ask. What possible reason would you have for wiring up synthesisers in this manner? Well:

View all posts by wordswords

This site uses Akismet to reduce spam. Learn how your comment data is processed.